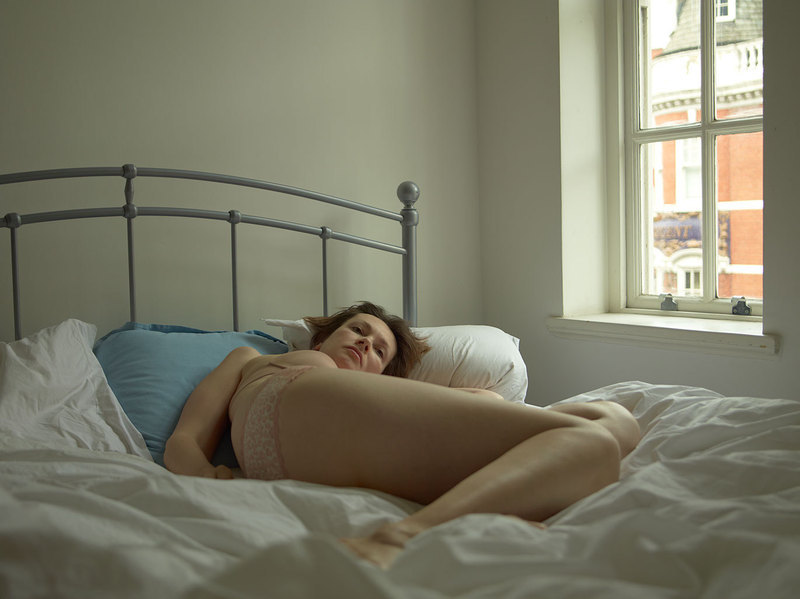 "The alarm is going off. Three snoozes and I'm waking up. I'm going to the mirror: still fat. 30 minutes of gymnastics, double on hips and buttocks."


Tanya Zommer is a russian artist and photographer. Her Intimate and honest photographs depict the life of her and her husband. We asked her some questions about her work and life. 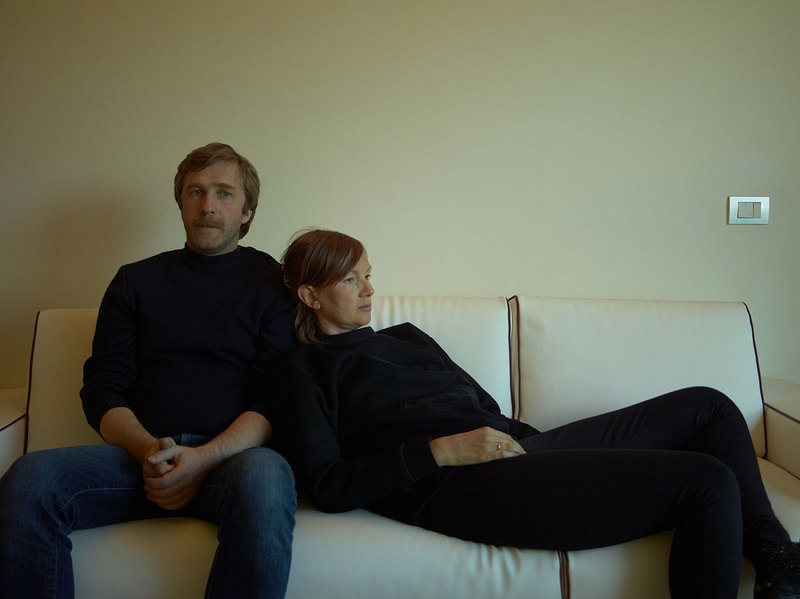 Who are you two from?
My name is Tanya Zommer. I'm a Russian artist and photographer. On the pictures you can see me and my husband Denis who I met 14 years ago in Moscow. Last couple of years we travelled a lot and sometimes it was really hard to say where did we actually live. Six months ago we officially moved from London to our lovely apartment in Moscow. Now we're enjoying meeting our friends and parents, delicious Russian food and long evening walks along the Moscow river. But, to be honest, nobody knows where we're going to be in the next six months, including us. 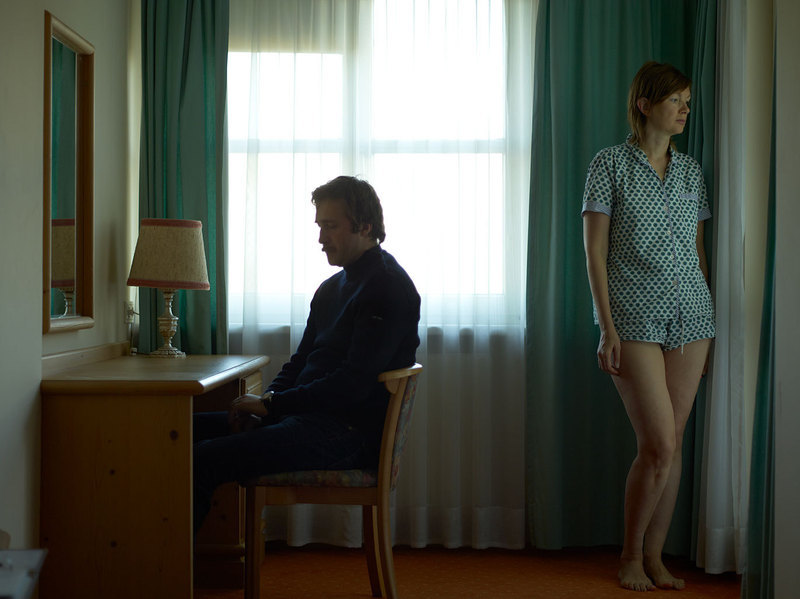 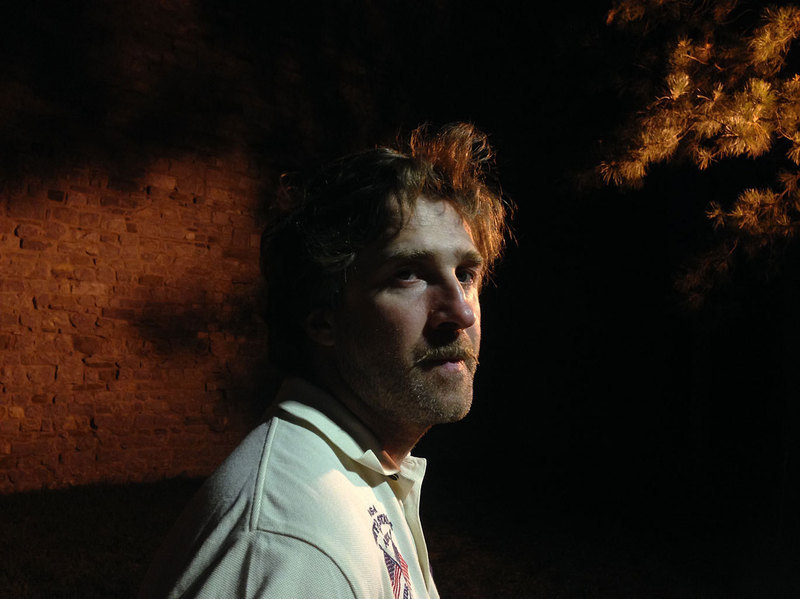 When did you start the project and what was the motivation?
The actual story started 25 years ago when I, at the age of 15, was told by doctors that chances of me having children in the future are equal to zero. I understood that my life was going to be different from my friends who considered to have 'a normal family' eventually. I was young and carefree though. It didn't bother me very much. 14 years ago I met my future husband and we were inseparable since. We supported each other in our careers, we enjoyed our freedom and spent beautiful years together. The question of children in our lives was something what we were leaving for the future. We undertook several erratic steps in that direction, but unsatisfactory results demoralized us significantly. Nonetheless, at my age of 39 and his 40, we both realised that we're at the point of our lives when we have to face the reality. We had to grow up and take the responsibility for our decisions. Uncertainty made us both unhappy. We had to decide if we want to be just two of us, or we need to have children by all means. After many arguments and discussions we decided to go with surrogacy. Meanwhile, I started a photographic diary of our relationship with Denis from the day of the expected conceiving (26 January, 2014). This way I tried to compensate for myself a missing actual pregnancy period, when every day of a pregnant woman is filled with thoughts about the future and brings her closer to the comprehension of happening. In two weeks we received a response from the agency that results were negative but my decision was to continue my work. After four months we decided to give it one more try and an unexpected reward was waiting for us. Luckily, the surrogate mother got pregnant and nine months later our daughter Emma was born. Eventually I understood that my project helped me to surmount my fears and doubts by bringing structure into my life. I don't want to lose it now by no means. Especially now. 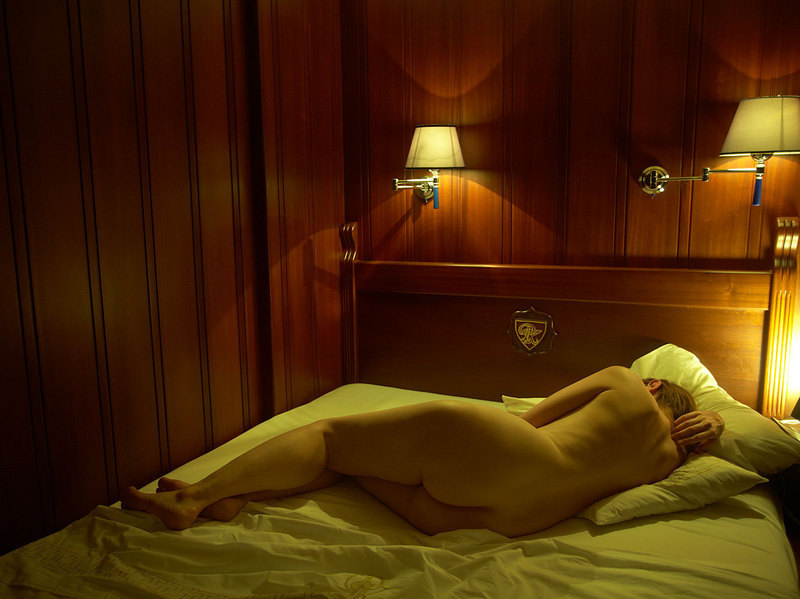 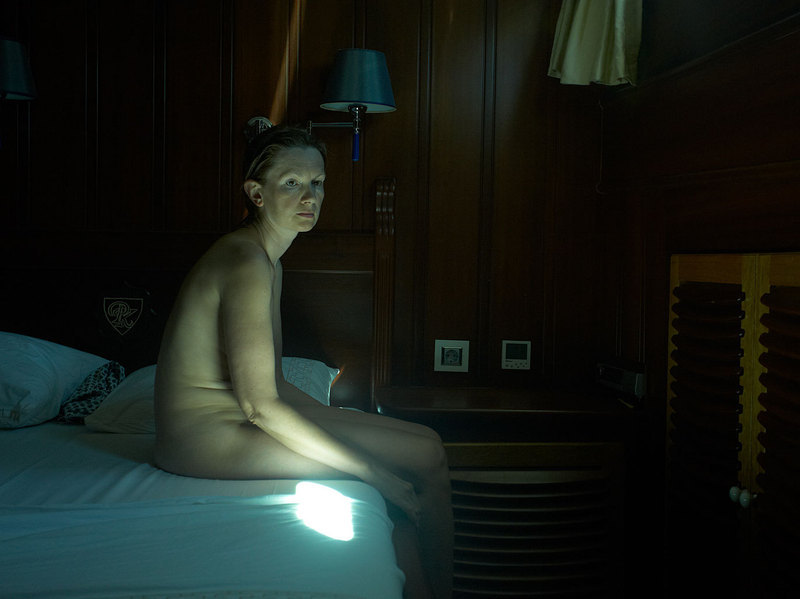 What is for you a 'perfect day'?
'The Perfect Day' was the working title of my project in the beginning. After a while I understood that my work is not about perfection, or being great or beautiful. My aim was rather to make every day of the year valuable, worth remembering. It doesn't matter if it was good or bad, it's part of my life and that's what is important. The same with pictures. One day my Hasselblad camera had been broken and I had to take pictures with an IPhone. My face was swollen with tears, the lighting was awfully unflattering. I had a feeling that everything was falling apart, my project was ruined because of one stupid leaked battery. But then I realised that it was not about trying to produce a masterpiece everyday anymore. I could be tired or busy, or just not in the mood for taking pictures. More important was to continue, no matter what. Here again I see a parallel with a pregnancy period: it's impossible to stop being pregnant just for a couple of days, even if you're really tired of it. 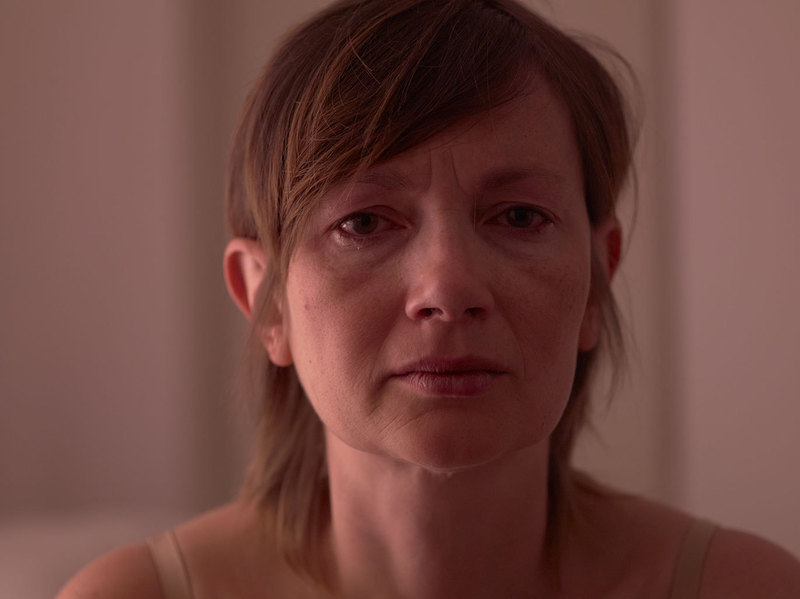 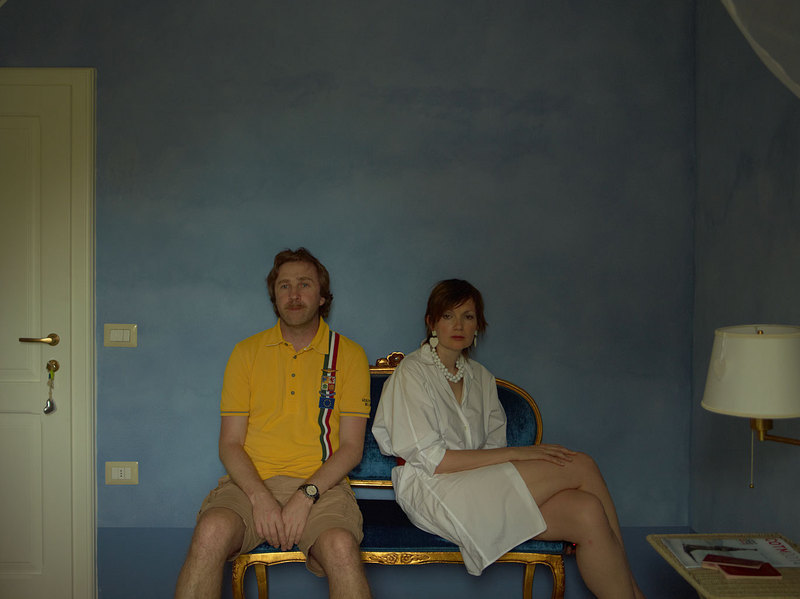 Do you think that you two are likeable?
I'm still not sure if we are likeable people or not. We are definitely likeable for each other and that's the only what counts at the end of the day. But now we have our Emma with us and she is my biggest concern. I would like to be a good mother for her, I would like HER to like me. It maybe sounds stupid but I often examine myself if I'm good enough, if I worth her sweet innocence. My husband is always more realistic and cynical in these questions. “She doesn't have much of a choice. She will love you anyway, even if you're gonna be an awful mother” he's saying with laughter. “But you're gonna be fine, I believe in you”.