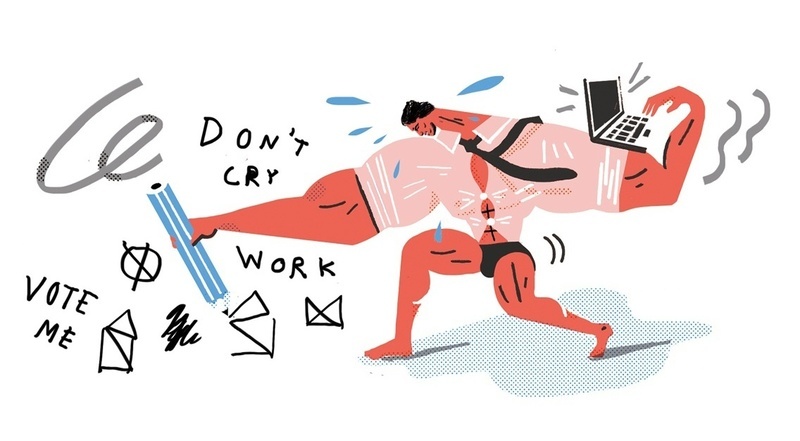 Kati Szilágyi  is an illustrator, who is currently living in Berlin, Germany. Her beautiful, colorful and smart work has been featured throughout the web - she was kind enough to do a little interview with us!

How long have you been working as an illustrator and which opportunity has made you the most excited?

In university I already started with some small jobs here and there. But since I finished my diploma in summer 2016 I work fulltime as a freelance illustrator. Illustrating for the New York Times has always been one of my goals as I admire their choice of artists and the Art Directors a lot. So my first commission by Matt Dorfman for the Bookreview was a huge step for me. I was especially happy that they, and the US market in general, asked for my cutout style which is often more abstract than my other work.


What would you like to achieve, would you like to work for/with someone specific - if yes, with who and why?
There are some magazines and publications I’d love to work with in the future, German as well as foreign ones. But I’d love to try out other ways of expressions as well. Right now I’ll do comics for a client, which I’m excited about. It’s great to try out new things and see where it goes from there: animation, live drawing, drawing in rooms and on objects, huge artworks, patterns and so on. Also as much as enjoy working in the fast editorial business, I’d like to have a longer project again that allows a deeper concept and more time to develop the work.

I especially like your personal work, such as "French expressions" or the reference to "La Danse" by Henri Matisse - are these topics you're generelly interested in?
Thank you! They are both based on commissioned work, though, so there was at least a stimuli from outside that got me to the ideas. French expression was an assignment for the magazine of the language app „Babbel“. What I really liked about the article was that it allowed to be silly and very abstract. The Art Director John Eric Jordan gives me much freedom with these projects so I experimented with forms and colour here.

The illo that refers to Matisse was originally a sketch for a client that didn’t get through. But I liked the idea and finished it on my own. Playing with famous scenes can be very entertaining as the observer immediately recognized the image but experiences something else in it, too. I deeply admire artists who use humour and metaphors clever and aim on that often myself in my illustrations. 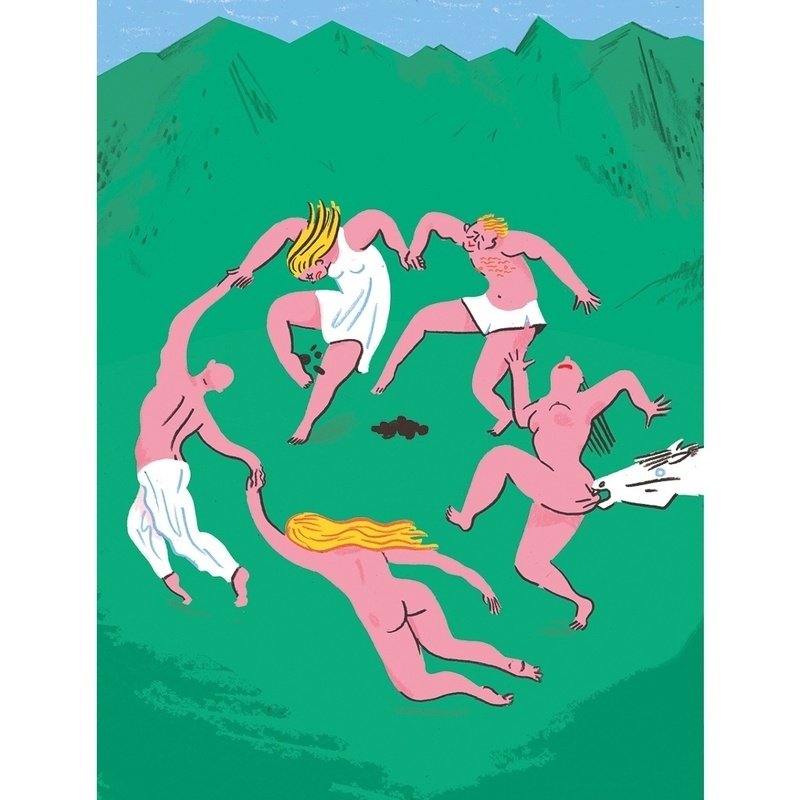 Which other topics have you illustrated?
If I work for clients the topics can vary a lot: from politics to social topics, entertainment or even decoration. While working for someone, I don’t restrict myself to any topic, as long as I can stand behind the view of the project.

My free work mostly doesn’t have a concept: It’s more a quick idea, an absurd sketch or a play with composition and colour. I often scribble around, draw architecture or scenes that transport a certain feeling. Cutting allows me to be even more intuitive due to its merciless medium. There’s only two „colours“, that depend on each other. I love to explore new shapes and I often like them cutted much more than drawn. The topic then is secondary and often develops in the process.

What's your process of doing an illustration? Is it mostly digitally?
It’s half-half: Usually the sketches are done analogue, at least when working in the drawn style.  I work a lot with my light table. After sketching the chosen idea roughly and keeping in mindcontrasts, composition, etc), I trace it with coloured pencil. The lines and structures are getting scanned in. I add colours digitally in Photoshop and sometimes do minor changes there as well.

My cutouts are usually cut by hand and later get edited on the computer. As it’s much more work, especially with demand for changes on the clients side, in some cases the cutouts get done entirely digitally. 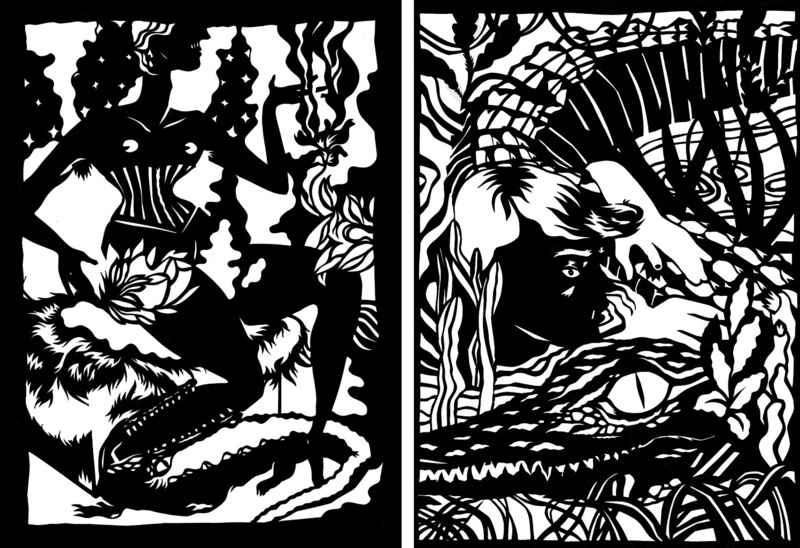 Who's your favourite painter/illustrator?
There’s not one particular artist that I admire the most. I rather look at many different artists, their way of perception, use of colour, how to narrate and how to compose. There are some young and old favourites that I always come back to. And luckily me and friends often exchange new found work that intruiges us.

How would you describe your work?
My work is usually figurative with detail, lately held mainly in few chosen bright colours. As mentioned I work both analogue with pencil and cutout, then continue digitally. Therefor my work can vary from focus on lines and ductus as well as geometric forms and colours. Sometimes the techniques shift together, other times I like to preserve the uniqueness of organic drawings and their structures, then again I go very clean with bold cutouts.

For assignments I try to find an image that captures the mood or gives the content a little twist – often telling a little story. Creating an athmospheric scenery and detailed pictures are my favourite. I eagerly see my style still and always developing and just over the course of my first year working fulltime I experienced how my work has changed and continues to do so.